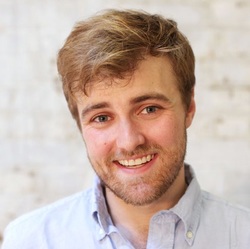 Anthony MacMahon is a theatre artist from Saskatoon, Saskatchewan.  As an actor he has worked with Soulpepper Theatre Company (Spoon River), Cart/Horse Theatre (This Lime Tree Bower), and Live-Five Theatre (Farragut North, Vimy) in Saskatoon.  As a playwright, his previously staged works include The Dead (Soulpepper), Wild Dogs on the Moscow Trains (Summerworks), The Frenzy of Queen Maeve (Summerworks, Live-Five/CAFF), Litany, Losing Reykjavik (Hardly Art), Eglinton (New Ideas), and AstroNOTs (Saskatoon Fringe).  His plays have been workshopped at the Banff Centre for the Arts and the Saskatchewan Playwrights Centre.  Anthony is a graduate of the University of Saskatchewan with a BFA in Drama, and is a current member of the 2013-2015 Soulpepper Academy. 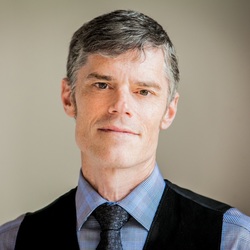 As an actor, David’s most recent credits include Arcadia (Citadel Theatre), The Merry Wives of Windsor (Shakespeare BASH'd) and Cold Comfort (Fly on the Wall).  His performance as Kevin Toner in Cold Comfort was cited by NOW Magazine for Outstanding Performance at the 2013 Toronto Fringe Festival. Other credits include Inge Snapshots (The Remnants); Macbeth, Love's Labour's Lost, Romeo and Juliet, The Taming of the Shrew (Shakespeare BASH'd);  After the Fall (Equity Showcase); The Weir (MacKenzieRo);  Aftershock, The Marlboro Man (SummerWorks); Rosencrantz and Guildenstern are Dead (Touchmark Theatre); Half Life (Rose Theatre).  In the United States, he has appeared Off-Broadway with the Willow Cabin Theatre Company, and with TheatreWorks/USA, Kentucky Repertory Theatre, Pulse Theatre Ensemble and The Arts Trust.  Film/TV Credits include Heroes Reborn,  Amelia and The Rick Mercer Report.  David is a graduate of Circle in the Square Theatre School (NYC), the 2015 Citadel/Banff Centre Professional Theatre Program, and completed his Classical Theatre Training at London's Royal Academy of Dramatic Art.  He holds dual Canadian and Irish Citizenship. 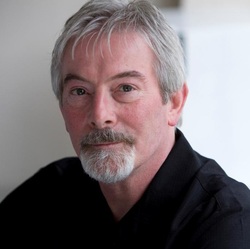 Patrick has very recently moved to Ontario from Newfoundland.  On The Rock, his credits include A Midsummer Night’s Dream, The Harps of God (World Premiere, 2001 Governor General's Award for Drama), Garland House (Rising Tide Theatre); A Midsummer Night’s Dream, Noises Off (Stephenville Theatre Festival);  The House of Blue Leaves, Oliver (Theatre Newfoundland and Labrador).  His work in the UK includes The Elephant Man (Broadway Theatre, London) and the children’s pantomime, Humpty Dumpty (National Tour of England).  In 2001, he was producer of a tour of Ireland of Al Pittman’s West Moon, in which he played “The Voice”. In Ontario, he appeared as “John Douglas” in Murder by the Book (Fergus Theatre). Much of his training has been with The School of Theatre at Memorial University’s Grenfell Campus in Corner Brook, where he was a member of faculty for 10 years and appeared in approximately 30 productions (including Waiting for Godot, Nicholas Nickleby I & II, The Seagull, The Crucible, Victoria Station, Twelfth Night, Hamlet, Romeo & Juliet, King Lear, and The Comedy of Errors) .  Paddy also holds a Ph.D. in chemistry from The University of Western Ontario. 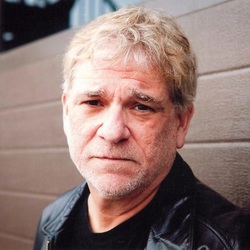 Rod Ceballos has directed for The Rose Theatre and Flower City Theatre Festival in Brampton, BirdLand Theatre, and Equity Showcase Theatre in the GTA. He has also directed in conservatory programs for Humber College, Theatre Erindale and the University of Windsor. In the United States, he was an artistic director for the Shakespeare festivals of Chicago, Cincinnati and Idaho, an associate artistic director for The Empty Space Theatre in Seattle, a resident director for the Virginia Shakespeare Festival and artistic coordinator for the Lakeside One-Act Festival in Michigan. He has directed for the Seattle Shakespeare Company, St. Croix Festival Theatre in Wisconsin, and Ocala Civic Theatre in Florida. He has also served as artistic chair and/or head of acting for programs at the University of California, Davis, Willamette University in Oregon and Boise State University in Idaho.  In 2013, he directed three projects for the Toronto Fringe: Katharine McLeod's My High Heeled Life, Inge Snaphots: Bus Riley's Back in Town & Glory in the Flower, and Cold Comfort.  In the Spring of 2014, he directed the remount of Cold Comfort for Fly on the Wall Theatre and The God of Carnage for the Sudbury Theatre Centre. 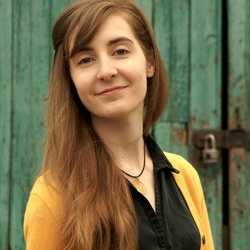 Allison is a graduate of the University of Windsor where she stage managed productions of Picnic and Arcadia.  After graduating, she travelled abroad to be a part of the 2011 Prague Quadrennial of Performance Design and Space and was selected to be a participant of the new project: Six Acts. Following her return to Canada, she was Stage Manager for the one woman show My High Heeled Life, Or How I Learn to Keep Worrying and Love My Stilettos (Sparking Fuse) which toured to the Toronto, Vancouver and New York Fringe Festivals. She was also the Associate Producer and Stage Manager for a collaborative production of William Inge plays entitled Inge Snapshots: Bus Riley’s Back In Town and Glory in the Flowers (The Remnants).  Allison’s recent credits include Cold Comfort (Stage Manager, Fly on the Wall); Driving Miss Daisy, Mary Poppins (Apprentice Stage Manager, Port Hope Festival Theatre); and Menopause the Musical (Stage Manager, National Tour). 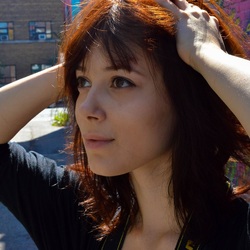 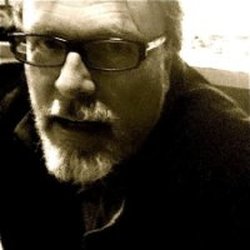 Patrick Brennan has had a storied career entwining the work of a teaching technical director and design consultant, with that of a lighting designer. He has always strives to find new ways of supporting the work of theatre directors and choreographers. Patrick Lecturers on Scenography at McMaster University following on from a decade at the University of Glasgow. When Patrick is not working with the small theatre and dance companies in Toronto he is supporting the resurgence of the performing arts in Hamilton. Patrick has purchased and is renovating the historic Lyric Theatre in Hamilton and is developing programming in the performing arts including physical theatre and contemporary dance. On Twitter @lyricpatrick 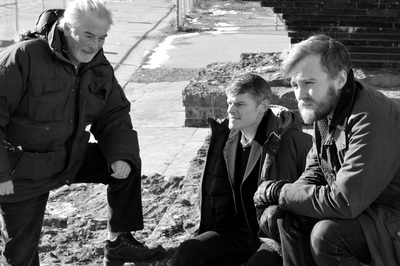 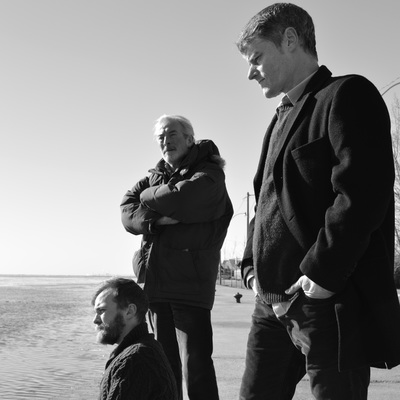 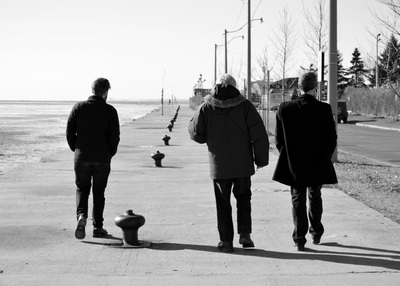 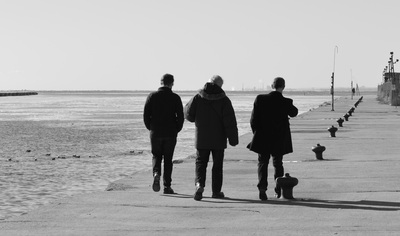 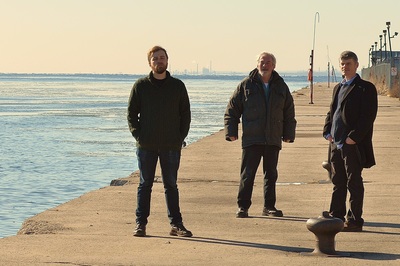 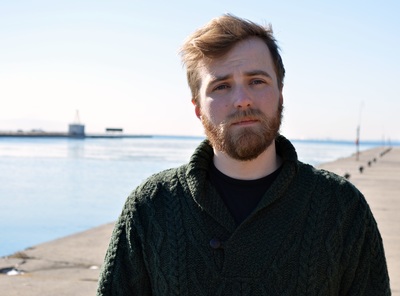 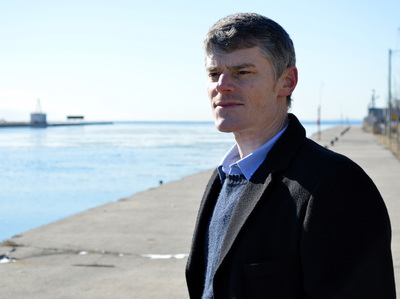 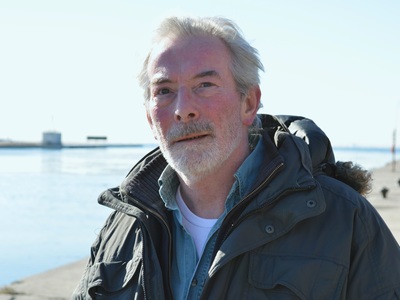 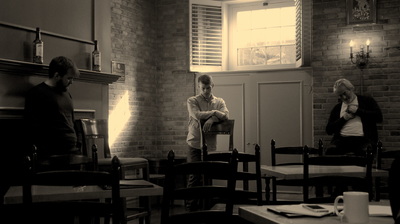 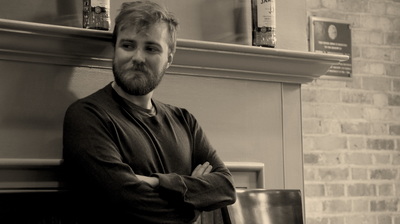 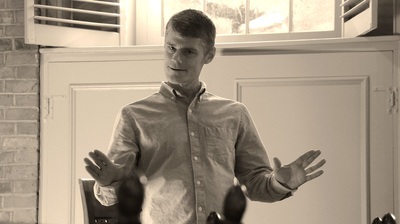 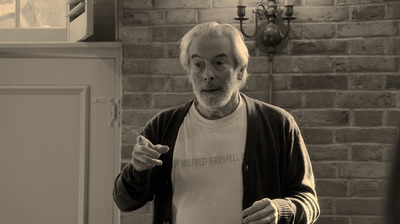 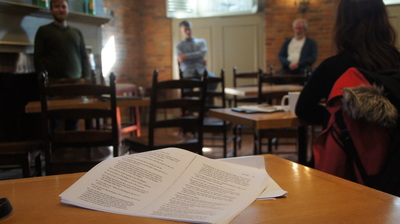 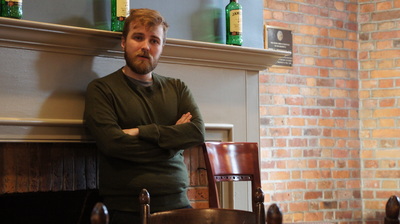 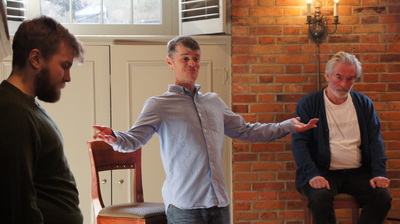 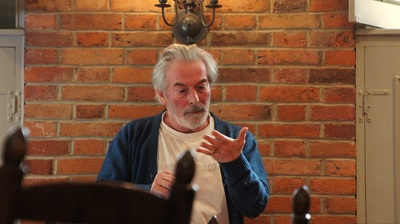