The Seafarer by Conor McPherson 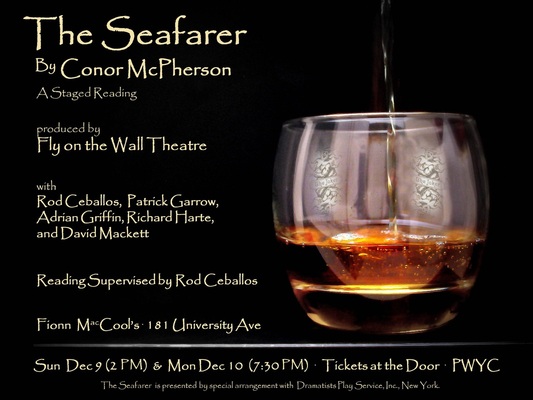 It's Christmas Eve and James "Sharky" Harkin has returned home to Dublin to care for his ailing brother, Richard. They are soon joined by old mates, Ivan and Nicky, and a mysterious stranger for an evening of cards and Christmas cheer.  But in the high stakes poker game that ensues, Sharky learns there is no way to escape his past when he is dealt what could be the ultimate losing hand.