Fly on the Wall - an unnoticed observer of a particular situation (Oxford Dictionary of Phrase and Fable).  Alludes to the position of being able to freely observe a situation (The Phrase Finder).

July, 2004 - after having just appeared in a performance of The Weir by Conor McPherson at Rower's Pub in Toronto, the actor was approached by a friend, an audience member, who told him: "I felt like a Fly on the Wall".

It is that intimacy and connection with our audience that we seek.  Based in Toronto, Fly on the Wall Theatre was founded in 2012.  Our mandate is simply to produce a play that has grabbed our attention...a play that has rarely been produced...that has fallen of the map...that may be under appreciated...and as a consequence, a play that has seldom been seen. 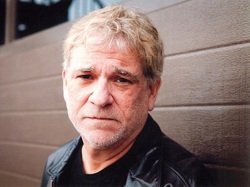 Photo by Ian Brown
Rod Ceballos (Co-Artistic Producer):  Rod Ceballos has directed for The Rose Theatre and Flower City Theatre Festival in Brampton, BirdLand Theatre, and Equity Showcase Theatre in the GTA. He has also directed in many conservatory programs in the US and Canada, including Humber College, Theatre Erindale and the University of Windsor. Prior to relocating to Canada, he was Artistic Director for the Shakespeare festivals of Chicago, Cincinnati and Idaho, Associate Artistic Director for The Empty Space Theatre in Seattle, Resident Director for the Virginia Shakespeare Festival and Artistic Coordinator for the Lakeside One-Act Festival in Michigan. He has also directed for the Seattle Shakespeare Company and Ocala Civic Theatre in Florida. He has served as artistic chair and/or head of acting for programs at Willamette University in Oregon, Boise State University in Idaho, and the University of California, Davis.  He recently directed God of Carnage for the Sudbury Theatre Centre and Between the Sheets with Martha Rose Productions.  He is a Resident Artist with Theatre 33 in Oregon, where he directed Maresfield Gardens, Amanda Transcending, and The Harder Courage.  For Fly on the Wall, he has directed The Good Thief, Cold Comfort, Port Authority and Dublin Carol. 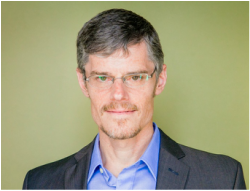 Photo by Ian Brown
David Mackett (Co-Artistic Producer):  For Fly on the Wall, David has appeared in The Good Thief, Dublin Carol, Port Authority, Cold Comfort and staged readings of Lovers, The Seafarer, The Weir, Port Authority, A Skull in Connemara, Shadow of a Gunman, and Sea Marks.  He received an Outstanding Actor Nomination (MyEntertainmentWorld 2017 Critics' Pick Awards) for his work in Dublin Carol, and his performance as Kevin Toner in Cold Comfort was cited by NOW Magazine for Outstanding Performance at the 2013 Toronto Fringe Festival. Other credits include Arcadia (Citadel Theatre), Titus Andronicus (Hart House); After the Fall (Equity Showcase); The Weir, The Good Thief (MacKenzieRo); Aftershock, The Marlboro Man (SummerWorks); Rosencrantz and Guildenstern are Dead (Touchmark Theatre); Half Life (Rose Theatre); A Terrible Beauty (Toronto Irish Players); Toronto Bloomsday Festival (Anna Livia Productions).  He regularly performs with Shakespeare BASH'd, with whom he has appeared in productions of Cymbeline, Othello, The Comedy of Errors, The Merry Wives of Windsor, The Taming of the Shrew, Macbeth, Romeo and Juliet, and Love's Labour's Lost.  In the United States, he has appeared Off-Broadway with the Willow Cabin Theatre Company, and with TheatreWorks/USA, Kentucky Repertory Theatre, Pulse Theatre Ensemble and The Arts Trust.  David is a graduate of Circle in the Square Theatre School (NYC), the 2015 Citadel/Banff Centre Professional Theatre Program, and completed his Classical Theatre Training at London's Royal Academy of Dramatic Art.  He holds dual Canadian and Irish Citizenship and is a member of CAEA, AEA and ACTRA.

In the Fall of 2012, we launched  a play reading series at Fionn MacCool's Restaurant/Pub (181 University Avenue) in Toronto.  Over the course of 2 years, we presented a total of 8 readings/workshops (more information can be found here).  All readings were Pay-What-You-Can and provided the groundwork for what Fly on the Wall Theatre is today.  We are indebted to Greg Garson for being such a generous host.

﻿﻿Artists who Have Worked with Fly on the Wall﻿﻿