Dublin Carol is...an intimate look at the shame, self-loathing and loneliness of alcoholism...(and) should please anyone looking to cut through the more sentimental holiday offerings...David Mackett is quite simply outstanding...(James) Wallis is excellent...Julia Nish-Lapidus nails the more darkly comic lines…and the bitterness (she) still feels towards her father”. Chelsea Dinsmore, www.MyEntertainmentWorld.ca

David Mackett - John
Most recently, David appeared in Gorboduc (Staged Reading) with Shakespeare BASH'd, ReJoyce: Bloomsday 2017 (Anna Livia Productions), and A Terrible Beauty: Voices from 1916 (Toronto Irish Players).  Other recent credits include The Comedy of Errors (Shakespeare BASH’d), Port Authority (Fly on the Wall) and Arcadia (Citadel Theatre).  Other credits include Cold Comfort, for which he was cited for Outstanding Performance by NOW Magazine at the 2013 Toronto Fringe; The Merry Wives of Windsor, Macbeth, The Taming of the Shrew (Shakespeare BASH’d);  After the Fall (Equity Showcase), The Weir, The Good Thief (MacKenzieRo); Aftershock (SummerWorks); Rosencrantz and Guildenstern are Dead (Touchmark Theatre); Half Life (Rose Theatre); Lucrece (Willow Cabin Theatre); Peter Pan (TheatreWorks/USA); Candida, Of Mice and Men (Kentucky Rep); A Christmas Carol (Arts Trust). Film/TV credits include Anne of Green Gables: Fire and Dew (YTV/Breakthrough Entertainment), Heroes Reborn (NBC/Universal), Amelia (Fox Searchlight), and The Rick Mercer Report (CBC). David is a graduate of the 2015 Citadel/Banff Centre Professional Theatre Program, Circle in the Square Theatre School, and completed his Classical Theatre Training at London's Royal Academy of Dramatic Art.  He is the Co-Artistic Producer of Fly on the Wall Theatre, and holds dual Canadian and Irish Citizenship.  Upcoming: Tragedie of Lear​ (Ad Hoc Collective) 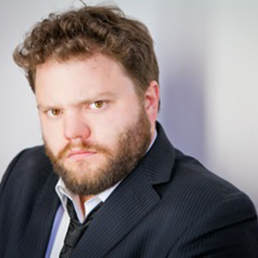 James Wallis - Mark
​James Wallis is an actor and director.  In 2010, he Co-Founded Shakespeare BASH'd to present bare bones, text based Shakespeare in bars across Toronto. For BASH'd - Actor: Petruchio, The Taming of the Shrew; Benedick, Much Ado About Nothing, Hamlet, Hamlet. Director: A Midsummer Night’s Dream - a staged reading (2011), Romeo and Juliet (2012), Love’s Labour’s Lost (2014), Macbeth (2014), The Merry Wives of Windsor (2015 Co-Director), Edward II - a staged reading (2015) King John (2015), The Changeling - a staged reading (2016), Twelfth Night (2017).  He also directed As You Like It for Theatre By the Bay, and will direct Titus Andronicus for Hart House Theatre in March 2018. He has just finished his second season at The Stratford Festival as part of the Michael Langham Classical Directors Project, where he assistant directed Macbeth (2016) with Antoni Cimolino, Bunny by Hannah Moscovitch (2016) with Sarah Stanley, and Romeo and Juliet (2017) with Scott Wentworth. Other selected theatre credits: A Midsummer Nights’ Dream, Shakespeare’s Magic and The Taming of the Shrew (Theatre by the Bay), Danny, King of the Basement (Roseneath Theatre, US Tour), Sleeping Beauty (Sudbury Theatre Centre), Paradise by the River (Shadowpath Theatre), The Hat Man in Saving Fats (Playwright Project) Shrew (Red One Theatre Collective). James is very excited to work on this amazing play with good friends and his wonderful wife.  ​ShakespeareBashd.com, ​Twitter @shakesBASHd​ 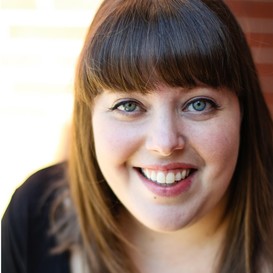 Julia Nish-Lapidus - Mary
​​Julia is an actor, director, and producer, as well as a Co-Founder and Co-Artistic Director of Shakespeare BASH'd, where she has produced all of the company's sold-out productions.  She has worked as the Managing Director of Common Boots Theatre and is now part of the team at The Theatre Centre. For Shakespeare BASH'd, Julia has performed in The Taming of the Shrew, Romeo & Juliet, Much Ado About Nothing, Love's Labour's Lost, Macbeth, The Merry Wives of Windsor, Edward II (staged reading), Hamlet, The Comedy of Errors, and Twelfth Night. Additional Selected Acting Credits: OVER, See Bob Run (Theatre Caravel), reasons to the pretty (The Labute Cycle),The Forest (Red One Theatre Collective).​  Julia is a member of the Advisory Board for the Canadian Stage GYM program and a graduate of the joint acting program at UofT and Sheridan College.  ShakespeareBashd.com, Twitter @shakesBASHd 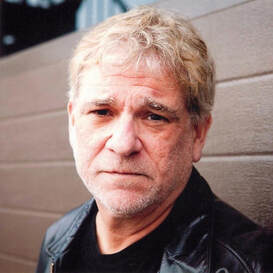 Rod Ceballos - Director
​Rod has directed for The Rose Theatre and Flower City Theatre Festival in Brampton, BirdLand Theatre, and Equity Showcase Theatre in the GTA. He has also directed in conservatory programs for Humber College, Theatre Erindale and the University of Windsor. In the US, he was Artistic Director for the Shakespeare festivals of Chicago, Cincinnati and Idaho, Associate Artistic Director for The Empty Space Theatre in Seattle, Resident Director for the Virginia Shakespeare Festival and Artistic Coordinator for the Lakeside One-Act Festival in Michigan. He has directed for the Seattle Shakespeare Company, St. Croix Festival Theatre in Wisconsin, and Ocala Civic Theatre in Florida. He has served as Artistic Chair and/or Head of Acting for programs at the University of California, Davis, Willamette University in Oregon and Boise State University in Idaho. He recently directed three projects for the Toronto Fringe: Katharine McLeod's My High Heeled Life, Inge Snaphots: Bus Riley's Back in Town & Glory in the Flower, and Cold Comfort.  In 2014, he directed a remount of Cold Comfort for Fly on the Wall Theatre and The God of Carnage for the Sudbury Theatre Centre.  Most recently he directed Marsefield Gardens by Susan Coromel for Theatre 33 in Salem, Oregon, and Stratford's SpringWorks Festival.  Rod is the Co-Artistic Producer of Fly on the Wall Theatre. 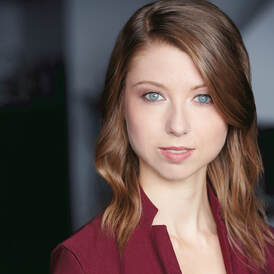 Cora Matheson - Stage Manager/Production Assistant
​Cora Matheson is a Toronto based actor, singer, and all around creative. She is a graduate of George Brown Theatre School and Randolph Academy for the Performing Arts. Her most recent, and favorite, credit had her living out her dream as a Fairy King, playing the roles of Theseus and Oberon in A Midsummer Night's Dream (GBTS). Cora loves to be engaged with well written text and like minded creatives in any capacity, hence she is very excited to a part of Fly On The Wall's latest endeavor. Thank you so much to the team for having her join the Irish fun!  coramatheson.com 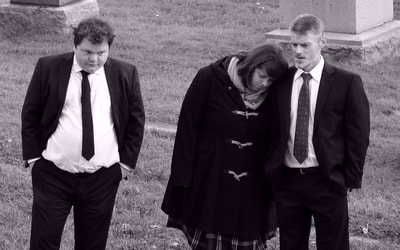 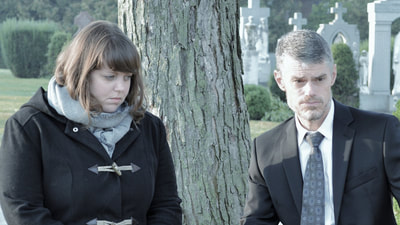 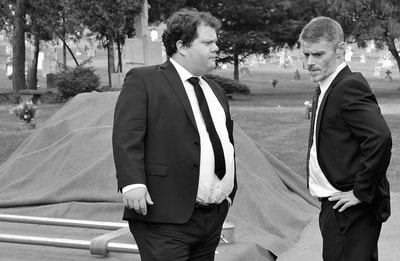 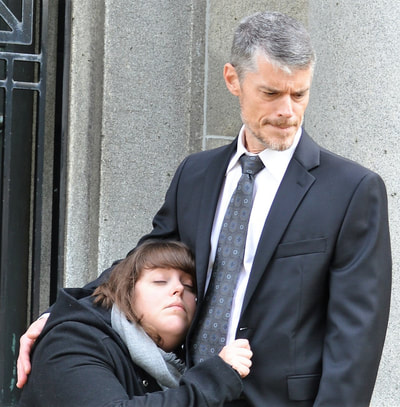